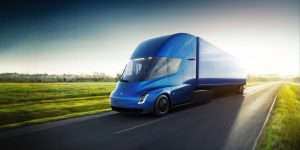 VHI Express, located in Chester, VA, a woman-owned leader in supply chain management and logistics, is excited, to announce the addition of two Tesla Semi Electric Trucks to their fleet. The trucks which have been ordered, will be added to the fleet sometime in 2020. The Tesla Electric Semi trucks have a 500-mile range at maximum weight and at highway speed, and benefit the environment by reducing carbon dioxide emissions while decreasing fuel expenditures. VHI Transport embraces innovation that supports customer’s logistics needs.

Founded in 1977, VHI is one of the oldest truck load brokerage companies in the United States.  As a global 3PL, VHI offers a full menu of logistics services.  In addition, to VHI transport our brokerage division we also operate VHI Express, a full service regional carrier. This combination of asset and non-asset service adds to our flexibility in supporting our customer’s logistics needs.

For further information, please contact Bruce Gee at 804-414-1780 or brucegee@vhitransport.com.

Membership in BiTA brings Service Relationship Management technology to the common framework of applications that will revolutionize the trucking industry.

Chester, VA, January 2, 2018 – VHI Transport is proud to announce that it has joined the Blockchain in Transport Alliance (BiTA).

According to their website “BiTA will build the first set of transportation industry-specific blockchain standards by engaging with the brightest minds and the most influential leaders in transportation. BiTA standards are intended to create a common framework to help organizations develop and implement blockchain technology.”

Founded in 1977, VHI is one of the oldest truck load brokerage companies in the United States.  As a global 3PL, VHI offers a full menu of logistics services.  In addition to VHI transport, our brokerage division, we also operate VHI Express, a full service regional carrier. This combination of asset and non-asset service adds to our flexibility in supporting our customer’s logistics needs.

The following press release and images detail a recent visit to VHI Transport by the Office of the Advocacy within the U.S. Small Business Administration.

The Office of Advocacy hosted a Regional Regulatory Reform Roundtable in Glen Allen, Virginia – just outside of Richmond – on Oct. 16th that attracted dozens of small businesses and their representatives who were eager to discuss federal regulations that burden small business. The meeting also featured participation by U.S. Congressman Dave Brat (R-VA 7th), who represents the district in U.S. House of Representatives.

Ms. Seaton explained how transportation – or freight – brokers operate.  They are the intermediaries between a shipper who has goods to transport and a carrier who is able to move that particular freight to the desired location.  While this is mostly done by truck, VHI also arranges for transit on rail, air, and barge.  While they are not a regulated transportation company, the companies they contract with are.  VHI arranges for the movement everything from agricultural products and pharmaceuticals to aggregates and electronic equipment.  While they mainly service the mid-Atlantic and Midwest regions, their services cover the entire country as well as Canada and Mexico.

Ms. Seaton also demonstrated VHI’s computer system which identifies qualified transporters who are authorized and qualified to handle the particular cargo to be picked up and delivered.  There are literally thousands of companies they work with.  She also explained how they use Safer Watch, a service that tracks companies’ qualifications and links the broker to the Federal Motor Carrier Safety Administration’s (FMCSA) safety evaluation database.

Mr. Gee oversees the trucking side of the VHI operation, which has its terminal in downtown Richmond.  These are the actual trucks that carry and deliver freight.  Mr. Gee, who attended Advocacy’s Glen Allen roundtable, noted several regulatory issues that impact his business.  The two main ones are the FMCSA’s impending mandate to install and use ELDs (Electronic Logging Devices) and the FMCSA’s use of SMS (Safety Measurement System) data to evaluate carriers and drivers.  Mr. Gee would like a delay in the ELD mandate and a complete rethinking of the SMS methodology.

VHI is a woman-owned company that was established in Virginia 1977.

For further information, please contact Bruce Lundegren at 202-205-6144 or bruce.lundegren@sba.gov. 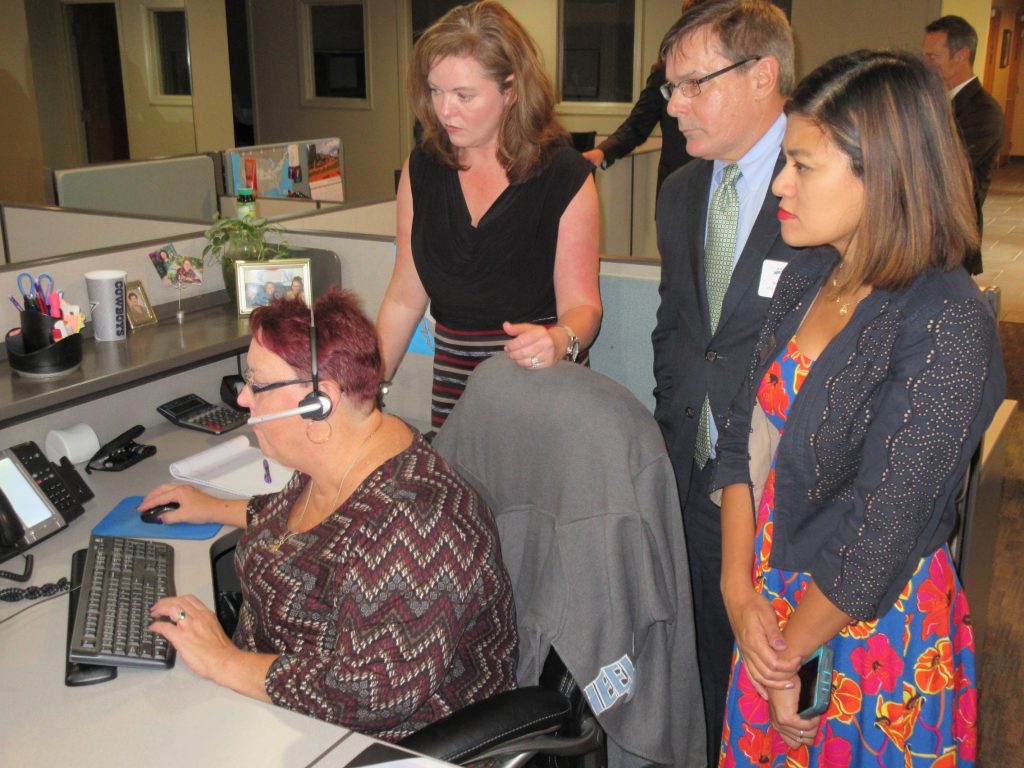 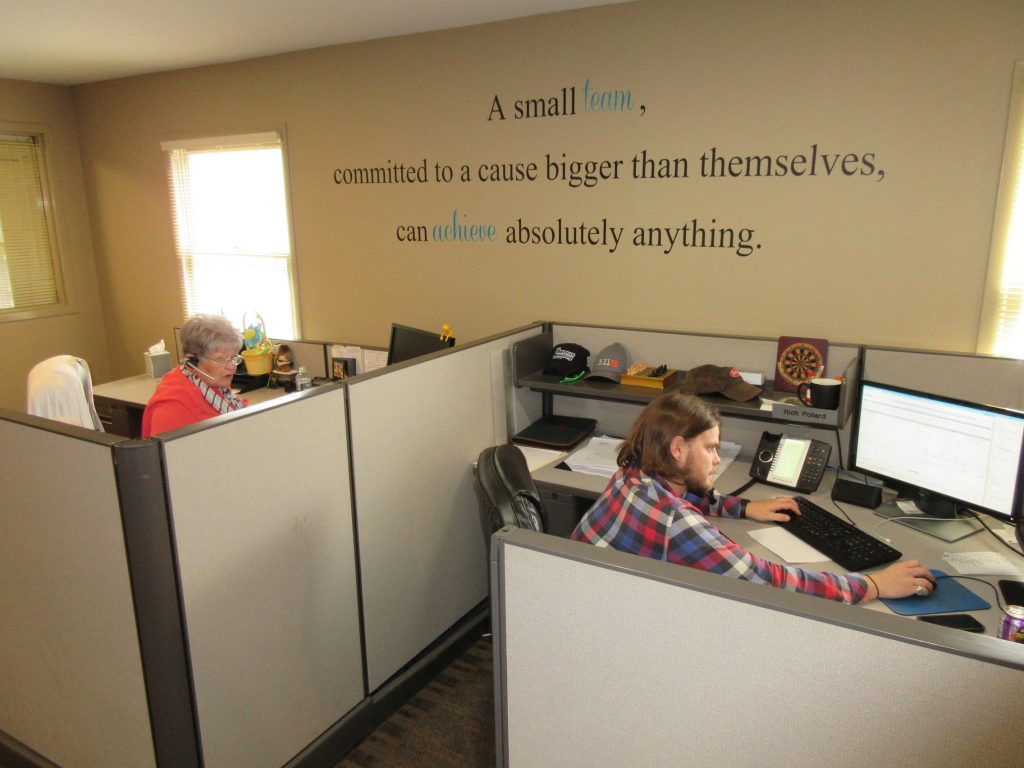 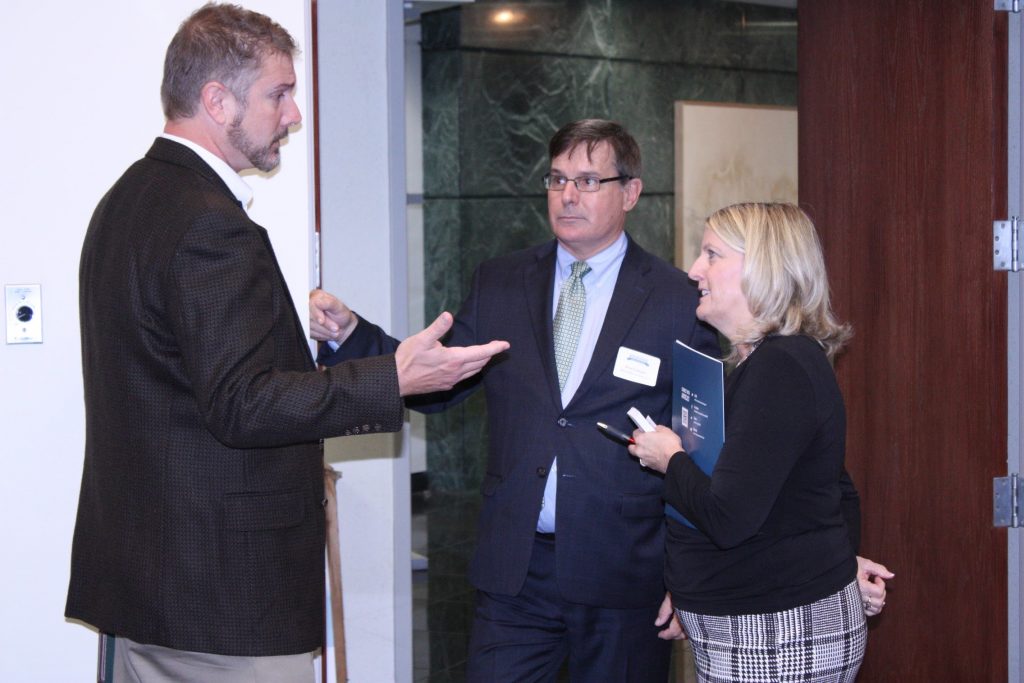 VHI Transport is proud to celebrate Austin Andrs. Austin was invited to play in the recent Richmond City Golf championship.  This is an invitation only event with over 100 golfers. Austin opened with a 74 and played in the Championship flight.

VHI Transport extensive carrier network and customer service platform offer an effective platform for the continued growth of this program.

As a company providing transportation, brokerage and logistics, our mission at VHI Transport is to provide extraordinary services at the highest level and to be the benchmark of quality by which the transportation industry is graded.  Our diligence and reliability has earned us the reputation as being one of the best in the nation.  We strive to bring excellence to our customers, our vendors, our employees and our community.

VHI Transport’s longevity, financial stability, customer commitment, execution and our employee’s passion to succeed is the backbone of our success.  The company’s goal is to not only meet our customer’s expectations, but to exceed them.  Our team’s daily ambition is to execute our mission with honesty and integrity.  We believe that having this team approach sets us apart as a distinctive leader in the industry.

Our carrier network, information platform, as well as the education provided to our employees and agents, allows our team to successfully provide the best possible transportation solutions to our customers and partners.  Our simple creed is to commit and execute.

Recently,  VHI Transport worked with our customer and carrier partners to secure and transport an over length, over weight shipment from Texas to California. Weighing in at over 90,000 pounds and requiring permits, escort and specialized equipment. VHI Transport delivered on time and in great condition.

If you have a unique shipment requiring a can do, out of the box solution or you just need to move freight from point A to B,  please consider VHI Transport.

Our creative team looks forward to speaking with you and working together, to offer the cost effective solution that you require.

Contact VHI Transport and witness our focus on commitment and execution.

VHI Transport is currently seeking Independent Freight Agents or Individuals who would like to become Freight Agents. You must have a minimum of two years domestic freight brokerage experience. We pride ourselves on the strength of our customers and our employees because we believe that quality people make a quality company. We invite you to build your agency upon our profitable and solid foundation. Please select the area that interests you. If you don’t see an area available please contact us as we are always looking for new opportunities.